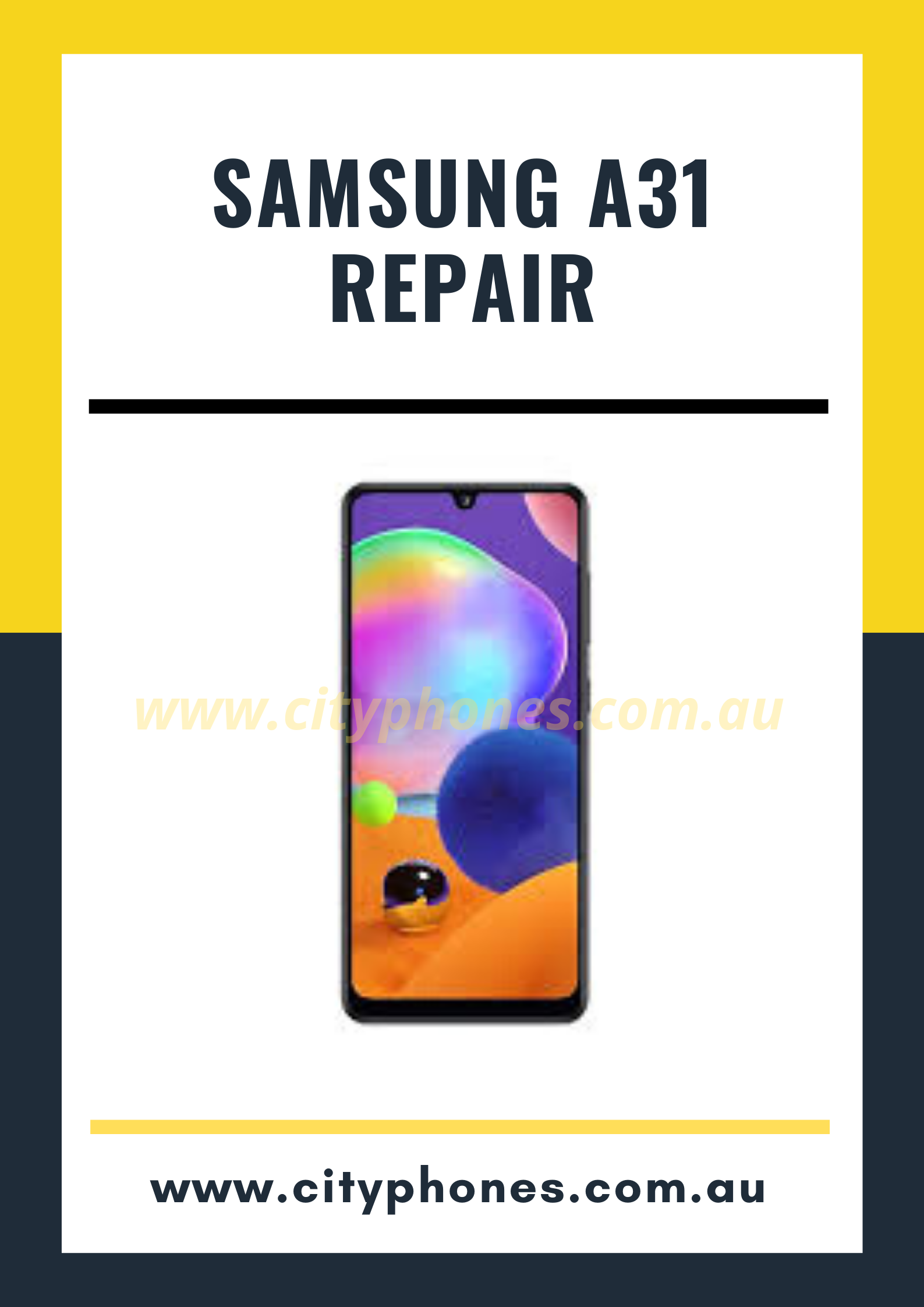 Samsung A31 repair in Melbourne

The Galaxy A31 has a number of attractive features in its spec sheet: A 6.4-inch Super AMOLED display, an in-display fingerprint sensor, 128GB of storage as standard in many countries, four rear cameras, and a 5,000 mAh battery. What’s not so attractive is the processor powering the phone. The A31, along with the Galaxy A41, uses the MediaTek Helio P65 chipset.The Galaxy A31 comes with the same optical in-display fingerprint sensor as the Galaxy A51. Facial recognition is also available for those who prefer a more hands-free approach to unlocking their phones.

The Galaxy A31 has a versatile camera setup on the back: There’s a 48MP main camera, an 8MP ultra-wide camera, a 5MP macro camera, and a 5MP depth camera. The main camera does well enough for phones in the lower mid-range segment.

The Galaxy A31 runs Android 10 with One UI 2.1 out of the box, which is also what you find on the flagship Galaxy S20 lineup. Naturally, the feature set is a lot smaller here, though there are a few useful ones. That includes One UI 2.1 features like Quick Share and Music Share. Quick Share is an AirDrop-like feature that lets quickly you transfer files to other Galaxy devices running One UI 2.1 over Wi-Fi – all it takes is three taps, one for hitting the share button, another for selecting Quick Share from the sharing menu, and another for selecting the device with which you want to share your data.

The A31 is powered by the MediaTek Helio P65, a 12nm chip that packs two Cortex-A75 performance cores clocked at 2GHz, six low-power Cortex-A55 cores clocked at 1.7GHz, and the Mali-G52 MC2 GPU. The Galaxy A31 supports 15W fast charging (with a 15W charger provided in the box), but thanks to the size of the battery, it can take almost two hours to go from 0 to 100.

At Cityphones we can fix your Samsung A31

Most of the repair are completed in the same day.

Call us today for more details.